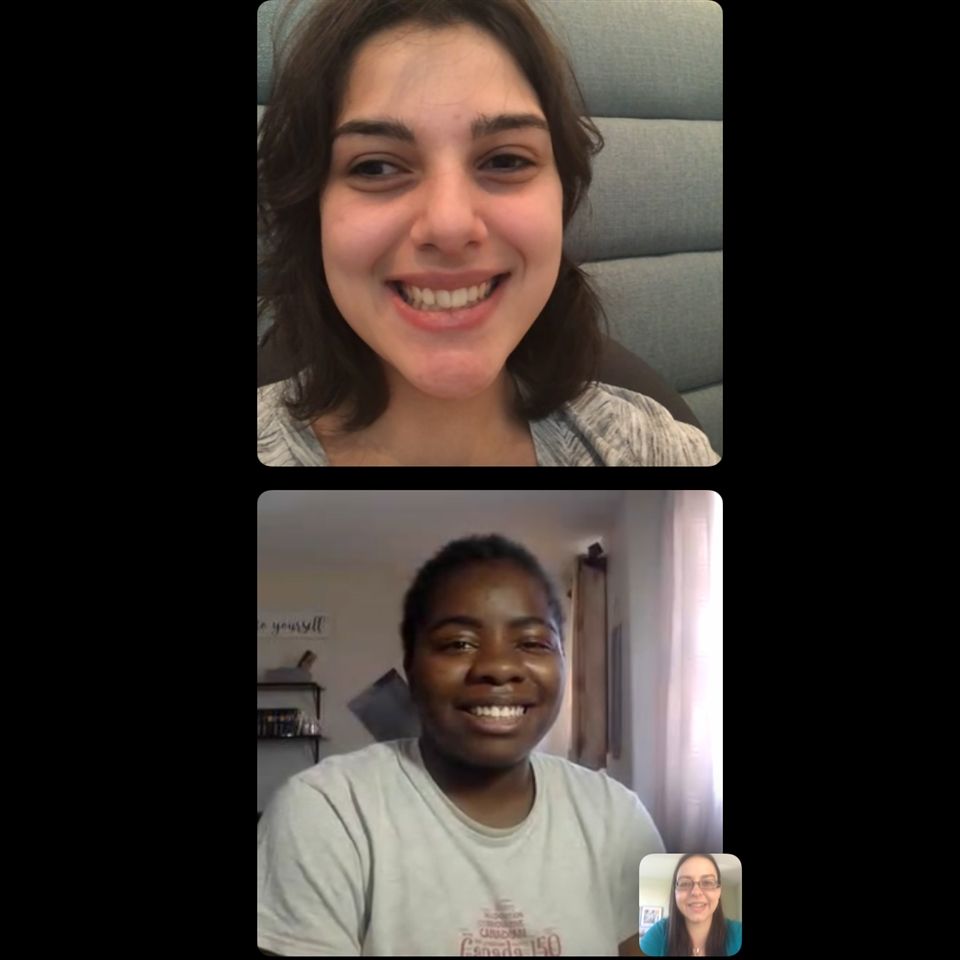 6/4/2020
By Lily & Katia, Grade 9
From May 29–31, we competed in the 2020 Junior National Debate Championships via Zoom. Katia had already competed virtually in Junior Public Speaking Nationals; even with this prior competition, it was still a completely new experience to prepare in separate spaces for both the impromptu and prepared rounds of a national debate tournament. One of the main benefits of these new circumstances is that we can meet people from across Canada and the world with ease.

Our prepared motion for the tournament was: This House, as Canada, would substantially increase its military and civilian presence in the Arctic. We had little knowledge on the topic, so Mrs. Balcaen contacted Lieutenant Colonel and Commanding Officer of 17 Mission Support Squadron Amanda Aldous ’02 to give us some much-needed context on how foreign policy within the Arctic works and the current Arctic defence strategy. Some of the other resolutions we encountered were: This House would grant parents and legal guardians a vote for each of their children/wards under the age 18; This House believes that government funding for the arts should only be given to minority artists; This House, as Canada, would implement a system of journalism licences; and This House would require approval from legally binding local referenda for all major land development decisions that use any amount of government funding.
To try and prepare separately, even if we were in the same Zoom breakout room, was difficult, especially, when attempting to deal with various technical difficulties. However, the fact that so many innovative people were able to create an event with the same level of intense debate regardless of location is something that must be commended. We, of course, would have preferred to be in Halifax for this competition, but the spirit of the tournament was not lost through the screen!
Coach’s note: This tournament is based on the number of rounds that are lost or won, hence it is considered a win/loss tournament. Lily and Katia won four of their preliminary six rounds of debate. As a team, they placed 18th overall in Canada and as the top team from Manitoba! Congratulations to Katia and Lily! –Mrs. Balcaen

Back
Date Posted
No comments have been posted