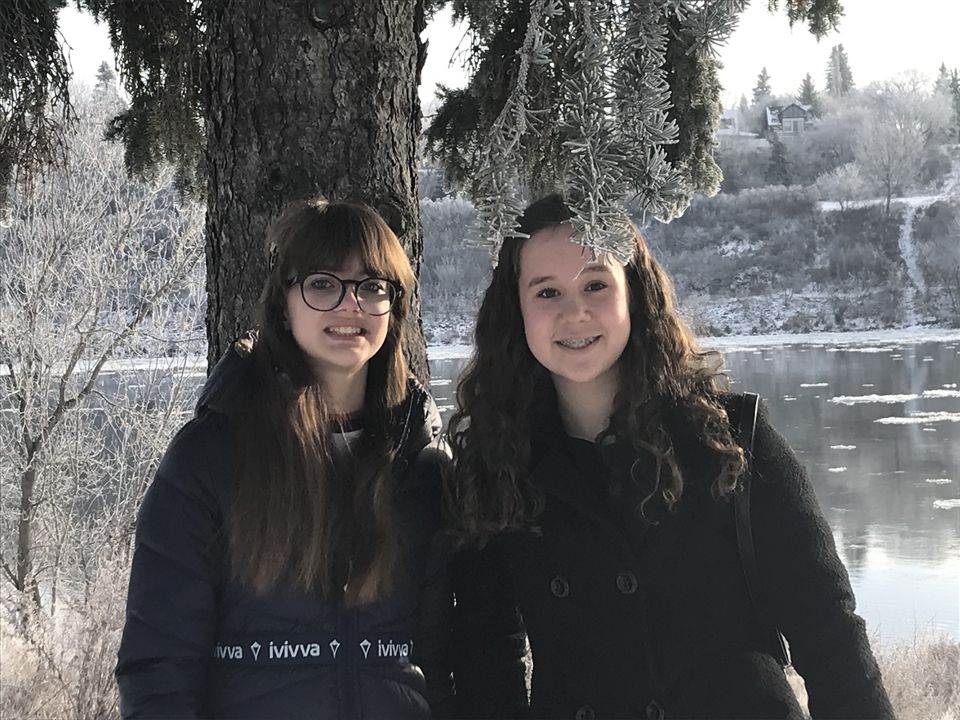 12/12/2019
By Jozi and Janet, Grade 8
Last weekend at Junior British Parliamentary Debate Nationals in Saskatoon, we encountered many positive experiences! With the support of Mrs. Balcaen, we persevered and became stronger debaters by competing in six of our own very challenging rounds. We debated about topics including the narrative of good versus evil in children's entertainment, cellphone content searches at school when bullying is a concern, American isolationism, minority governments, and the condemnation of employees using inappropriate language in public settings. After each round, we noted a goal which we then applied in the next round. Watching other debaters with more experience during the semifinal and final rounds was also a wonderful opportunity to learn new strategies that we will take with us to future tournaments.
We also made new friends from across Canada while having a super fun time travelling and working hard. It was a little — no, super nerve-wracking to think about debating against some of the best competitors in the country. However, after our first debate, we knew it was absolutely nothing to be terrified about, as it was a supportive environment where all the Juniors were in the competition together.
Overall, having the experience of competing at a national tournament was absolutely fantastic for both of us, and this is something we definitely hope to qualify for again in the future!

Editor's note: Mrs. Balcaen would like to thank Jozi and Janet for being such eager, enthusiastic, and resilient risk-takers who were a pleasure to accompany on their first national debate trip!

Back
Date Posted
No comments have been posted